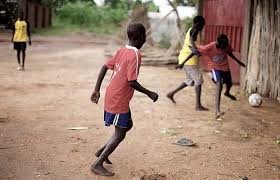 Brian(Pseudo name) is one of the Children living with HIV (CLHIV) newly enrolled on the ICYD program.

The 11year old stays with his single grandmother in a family of 2 children in Atiri parish, Atiri ‘D’ village in Mukuju Sub County, Tororo district.

Brian has experienced a long spell of treatment interruption due to lack of a stable family support system – he has been a victim of a family break up! His grandmother offered to take him up after being abandoned by his parents.

His mother who is also living with HIV separated with the biological father and got married to another man to whom she never wanted to disclose her HIV status. So according to the grandmother, Brian’s mother was “not willing to stay with the boy unless he stopped taking his ART medication”.

Consequently the child reportedly had to drop out of care in 2018. However after some time the mother’s new relationship also eventually collapsed but she was still not so much concerned about the child’s care. So the child was placed under care of the grandmother but still was never supported to access ART.

The mother’s permanent home is currently unknown but she occasionally comes around to check on the child and the grandmother. The father’s where abouts are also not clearly established. So for lack of parental care, Brian’s ART treatment has been interrupted for about 3 years.

During the ICYD beneficiary enrollment exercise, this child’s case was disclosed to one of the ICYD PSWs in Mukuju Sub County who had visited Brian’s grandmother, a client enrolled at TASO for guidance to enable her trace some profiled beneficiaries in this area.

When the social worker heard the story, she sensitized the caregiver about the dangers associated with ART treatment interruption and encouraged her to support the boy to enroll back into care. She sought her consent to enroll the child onto ICYD and immediately referred the boy to Mukuju H/C IV for re-enrollment.

She accepted the referral and the PSW escorted them to the facility the following day. A confirmatory HIV test was done and Brian is now newly enrolled for ART at Mukuju Health Centre. They received other services including, Health education, and CD4 test, adherence counselling, and general PSS services.

In the same household, there was an adolescent girl whose HIV status was unknown and was successfully linked for HTS with negative results. These interventions rhymed well with the second objective of ICYD and the UNAIDS 95:95:95 strategic goal.

The caregiver was so grateful for the services extended to the family and promised to continue supporting the child for better adherence and social welfare. She appreciated the program for “reaching out to vulnerable children”.

The PSW will keep monitoring the situation for sustainable care and household development.