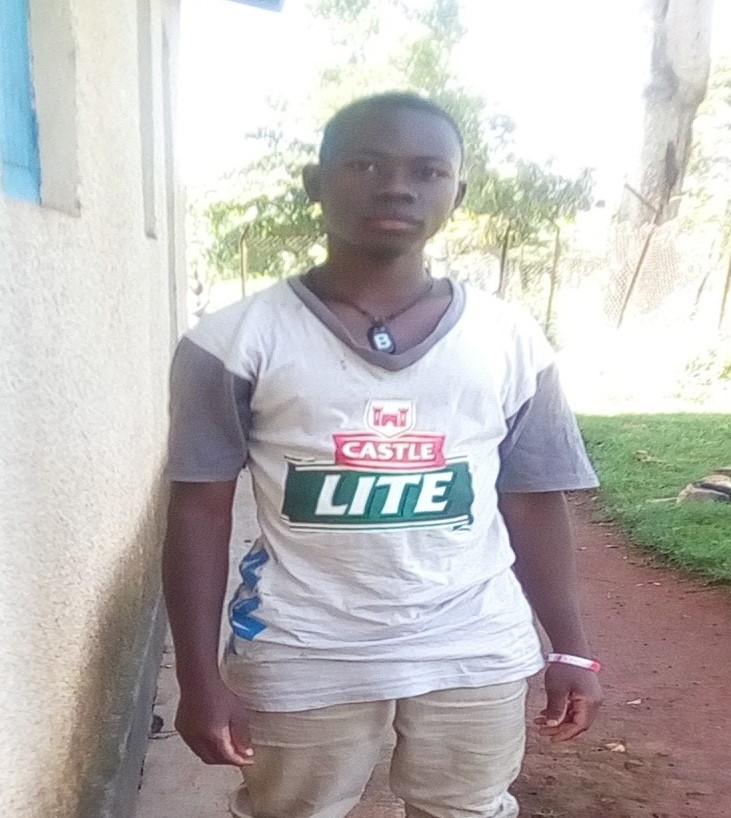 he came to Kampala with his mother due to insecurity in Democratic Republic of Congo which forced them to cross the borders to Uganda as a refugee; they settled in Katwe suburb in Kampala waiting for the peace to return to their country.

They used to live in Kituku village in DRC. His father was serving in the Congolese Army but is now deceased. His mother was a fish monger.

After a few years in Uganda, Steven’s mother decided to return to DRC.

Unfortunately, on the day they were leaving, Steven was separated from his mother at the bus-park in Kampala and failed to trace his mother whom he said could have boarded the bus back to Congo.

The separation from his mother left him with no place to stay, he was still young and couldn’t locate their former home in Katwe.

With no fixed place of aboard, Steven ended up on living on the streets in Kampala and was exposed to vices such drugs, sleeping on the verandas, and eating from the dustbins.

KCCA officials in conjuction with Ministry of Gender, Labor and Social Development and brought Steven to UWESO-MCV home for rehabilitation and resettlement.

At Masulita he has been supported psychologically, mentally and spiritually.

He says Masulita has transformed his life from dust to somebody looking forward to the future.

Steven has also completed a certificate training course in welding while at UWESO-MCV vocational training institute.

This boy thinks and hopes his future will be so great and he shall be a testimony to the many who suffer in the different streets.

Steven looks forward to be re-united back with his family so that he can begin a development work and build up is future.